Charles Houben and Elisabeth Lejeune with their family 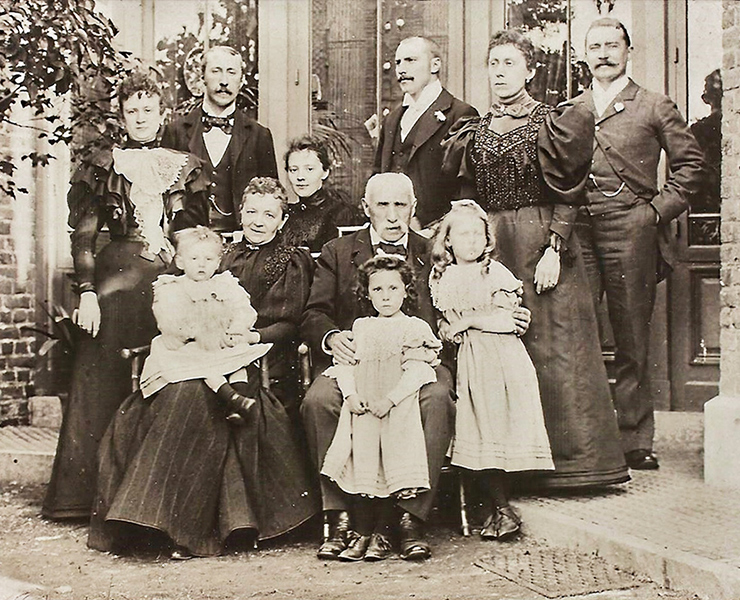 Photo probably taken in the mid-1890s

My sister Annik has been researching our ancestry, both in the UK and our Belgian side (our mother Françoise née Wauters was Belgian). Annik sent me this picture recently.

The couple sitting in the middle are my great great grandparents on my Belgian great grandmother's side: Charles (Karel) Houben, who came from Horst in the Netherlands, and his wife Elisabeth Lejeune. The woman standing on the left is my great grandmother Joséphine Deru (née Houben) presumably next to her husband Guillaume Alfred Deru. If so, they are the parents of the two little girls on the right of the front row who must be Germaine and Jeanne Deru – Jeanne Deru being our Belgian grandmother (family photo).

To put it another way, in the photo are at least my Belgian grandmother and her sister, their parents and their grandparents on their mother's side. Which leaves three middle-aged adults and a younger adult (the woman sitting in the centre). Joséphine had four brothers. Three are probably pictured: Guillaume Henri (born 1866), Jules (born 1869) and Alfred Guillaume (born 1862). We don't know who the two other women are.

The woman who is seated is probably Guillaume Houben's wife: Jeanne Léonie Leclerc (1868). The baby is (maybe) their son: Paul Houben (who was born in 1895, May 27th).

Many thanks from Patrick. 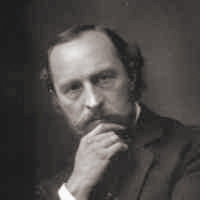 Joséphine also had a brother called Charles (1871–1931), a post-impressionist painter who was quite well-known in the 1920s. He was a son of Charles (Karel) Houben (in the photo above) and our mother's great uncle. Charles studied painting and sculpture in Liège then architecture in Brussels, where his studio was built in 1924 at 20 rue Alphonse Renard. It is now part of the city's architectural heritage. Charles Houben the painter (pictured) married Jane Kufferath, a violinist and the daughter of Maurice Kufferath, also a violinist and director of the La Monnaie theatre, now the National Opera of Belgium.