This article was recorded by Kenneth and Françoise Taylor (my parents) in 1986-1990. Wauters is my mother's family name. Her parents were Charles and Jeanne Wauters. 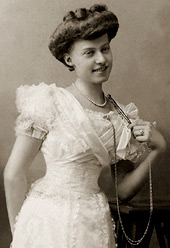 Françoise's mother, Jeanne Deru, came from Spa and had one sister two years younger, Germaine, who married someone called Basil Burgoyne Brooks during the First World War. Three weeks after the wedding he went to France where a few days later he was killed in action on the Somme on 23rd July 1916. One of Basil's relatives, 'Auntie Mary', lived in Oxford and had a daughter - a spinster - who was a friend and next door neighbour of a Mrs Constable to whom she introduced Françoise and Ken in 1948. When Patrick was born in 1948, Ken and Françoise moved into rooms in Mrs Constable's house, 267 Banbury Road, Oxford, for one year.

Germaine later married someone called Kelly and went to live in Rhodesia, where he had a sheep farm and was known as 'The Rich Kelly'. Germaine was beautiful. They had no children but adopted a boy, Dennis, the son of a wealthy Englishman. During the Second World War Dennis came from Rhodesia as a soldier and stayed with Auntie Mary in Oxford, but has not been heard of since. He is Françoise's only cousin.

Jeanne Deru married Charles Wauters in about 1908. She had a miscarriage of a boy soon, then Jacques in 1910, followed by Jean-Luc, Anne Marie (died at three months from infected milk), Bernadette (1914 Feb), Pierre (1915 Aug), twin girls Monique and Elizabeth (born in Holland where the family went during part of the war, and both died soon after birth when their father was away in Russia on business), Gisbert (born in Holland in 1918), Françoise (born in Bressoux, Liège, 1st Jan 1920), and André (born in Liège, 1921). The family moved from Liège to Brussels in 1924 as Charles, the father, suffered from asthma in Liège. 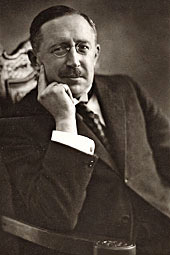 Charles Wauters was an only child and was born in Liège in 1880, exactly nine months after his parents' wedding. His father went to confession the day after the wedding night, and produced no more children. His father, Fernand Wauters of Liège, was very tall and Françoise remembers that he was very fond of walking. Charles's mother, Victoire (probably of Liège), never made an impression on Françoise. Fernand and Victoire also moved from Liège to Brussels shortly after Françoise's family, and lived at 131 Boulevard Brand Whitlock a few houses away from No. 77. Victoire died in 1930 and Fernand moved to No. 77 to live with Françoise's family, along with a nurse and Armande, the maternal grandmother.

As a boy, Charles was very lonely. He was clever and was sent to his bedroom to study, sometimes in the cold. This decided him to have a large family later. He studied at Liège University, probably Economics, and on leaving was offered three jobs - one to be a bank manager, one as a notary, and one to lecture at the University, which he accepted, becoming Professor Emeritus in (probably) Economics, where he remained until (probably) just before the Second World War.

His Uncle Joseph (the naughty uncle) had started a tannery at Taganrog in South West Russia, in which Charles also had an interest, and which he used to visit regularly up to 1916, travelling there by sea from Belgium during the war. From this he earned a very big income until all was lost in the Russian Revolution in 1917.

In 1914 the family house, then near to Verviers, was used to billet German officers who appropriated Charles's wine cellar - one of them - he being a great connoisseur of wine. The Germans did not find the other cellar. As the Germans became increasingly unpleasant, the family went to live at Zandvoort in Holland until the end of the war. After the war they returned to Belgium to live in a very big house at Bressoux, a suburb of Liège, where Francoise was born and which she still remembers.

He was a great believer in travel, although he only spoke French and never drove a car. In 1920 he went to visit the Chateaux de la Loire alone on his bicycle. He went several times to Venice, staying at the Danieli Hotel. He knew a great deal about art and he admired particularly the Flemish School and the Italian Renaissance. He had a special admiration for Turner, for the Pre-Raphaelites, and for Art Nouveau. Among his preferred writers were Stendhal, Flambert, and most of all Proust. He was also a devotee of Ruskin.

He was not an outstanding lover of music except for opera, which he liked very much, including Wagner (but he never mentioned Mozart), therefore Francoise attended an enormous number of operas in Brussels before the war.

She had a strange education, starting at a primary school in Rue de Linthout at 5½ - a year early - the primary department of a Sacre Coeur girls' school with boarders. Everything was drab - no music, or paint, or toys, or playing - and a nasty unfeeling nun. At nine or ten in the main school she loved Geography and History. The education was designed to make eligible young ladies of Society and the pupils included the King's sister etc - more stress on posture, curtsying, and good manners, than on mathematics and science. The school was practically next door to her house. 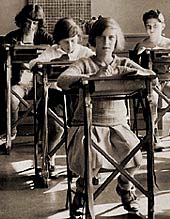 Françoise suffered from decalcification of the bones and teeth, and was sent for nearly a year to an outdoor school - Gai Matin - at Cheziers [Chesières?] in Switzerland (left, Francoise centre), where her younger brother Andre was already a patient pupil, with his leg in plaster due to weak bones. There was very little education, some skiing, much time in the winter lying outside in the cold fresh air - diet included a lot of grated carrots. None of the family visited her for a year, but Francesco, a Roman boy, was very attached and gave her his watch.

On leaving Gai Matin, Françoise's teeth grew perfectly thenceforth. She returned to the form at school which she had left, and having missed a year, found it difficult to keep up with the others. The girls were not allowed to walk in pairs - always 'promenade a trois' - not to address one another as "tu" - always "vous" - no 'liaisons dangereuses'!

Aged about thirteen, her life was transformed by joining the Girl Guides at her Parish Church of St Henri. Here, unlike at school, she was allowed to - and did - make friends, go camping, walking a lot, cycling, study the stars, the birds, the plants, and learn morse etc.

For two terms before leaving the Sacre Coeur school at Rue de Linthout she became a boarder at her own request - for no remembered reason - although the school was across the road from the family house at 77 Boulevard Brand Whitlock.

As told by Françoise in the first person, January 1990

I never made any close friends at Rue Linthout, partly because this was discouraged for 'social reasons' as many of the girls were from the Belgian nobility - the families of Dukes, Counts, and what-not - and partly they did not seem very friendly (despite this, several of them, perhaps fifteen, came to my exhibition at Galerie Racines in 1967 and were very friendly).

In September 1935 when I was fifteen I was sent to the Sacre Coeur School at Blumenthal, where a distant cousin was the Headmistress (a member of the family Nagant, one of whom - Leon - co-invented the Mosin-Nagant rifle). Blumenthal was a German school on Dutch territory which had formerly been German, and was a bus ride from Aachen. All the staff were German Nuns and most of the pupils apart from two or three Dutch, one English, myself, and Josephine Sanchez del Campo - Spanish - who became my friend (and whose son Thomas came to Bolton in the 1960's for six months as a newly qualified doctor). Ginette Devaux (née Levis) was a French Assistante there, and our friendship has continued until the present day, with many family exchanges - she is now 78 (1990).

The German pupils included only one Nazi, all the others being from old German families who had a tradition of sending their daughters to the school on account of its high reputation. At the beginning I knew not a word of German and this was very difficult until eventually I became fluent. I was very happy there and the girls were all very friendly. I painted a lot and enjoyed games, which I seemed to be quite good at. The ball always seemed to arrive where I was!

I became very friendly with Josephine, who was very lonely as she received no news of her family during the Spanish Civil War - one of her brothers was killed and another paralysed. No money came from Spain for her school fees and she was badly treated by the school authorities. For taking her side I was put in solitary confinement for a week. We were told by the staff what the Nazis were doing in Germany, and six months after I left, the school was closed by them at short notice. Despite many friendships, when the Germans invaded Belgium they belonged to the enemy and I threw away all their addresses, which I have always regretted.

On returning to Belgium I went to the Royal Academy of Art in Brussels for four years from from 17 to 21. I had the First Prize for Drawing for each of the first three years, but in the fourth year I only won the Fourth Prize as there was a lot of life model drawing, and I had begun to distort and elongate parts of the body. I received an excellent grounding in learning to draw but there was nothing to stimulate the imagination. I then entered the exam for doing sculpture and was accepted, but my father advised me to do Book Illustration so I enrolled at the National High School of Decorative Arts and Architecture - L'Ecole de la Cambre in Brussels - where I studied for a further four years - obtaining my Diploma in Book Illustration "avec la plus grande distinction et les felicitations du Jury".

At La Cambre, a beautiful old abbey, most of my friends were progressive 'intellectuals' and a lot of them were Communists. I was stimulated to go to concerts, the theatre, and to read enormously. At the start of the second year I felt I was becoming confident in what I was doing, greatly encouraged by my tutor, Joris Minne, the engraver and Book Illustrator. 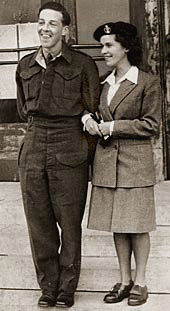 In 1945 I began to teach art in a girls' school in Antwerp, and during this time I was preparing my work to submit to a Jury in order to receive a Bourse and enter my mastery. I was the first in Belgium to be accepted, and in 1946, just before marriage (left) to Kenneth Taylor (whose Green Howards regimental beret I am wearing), I began working for the Mastery in Book Illustration, which continued in Oxford and then in Bolton until late 1949. For six months Joris Minne refused to look at my drawings because he had disapproved of my getting married. I presented my work in Brussels in October 1949 to a Jury consisting of seven of the main Art Critics in Belgium, and was awarded my Mastery in Book Illustration. The works presented were Malory - 'Le Morte d'Arthur', Coleridge - 'The Rime of the Ancient Mariner', Baudelaire - Poem about Cats, Dostoievski - 'The Idiot' and 'The Basement Room', and Aesop's 'Fables'.