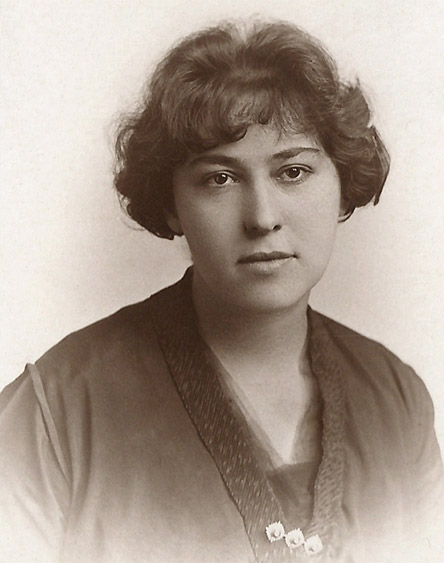 Germaine Kelly (Brookie) was my paternal grandmother. She and my grandfather, Cliff Kelly, adopted my beloved dad, Denis Basil Kelly. My dad was the most wonderful father and a true gentleman. I know dad adored his mother and she him.

I am so relieved dad never read this article in which he is mentioned as "the [edited] son of a rich englishman" I can only put the use of this terminology down to ignorance.
Colleen Garnett (nee Kelly)

Colleen, I would be happy to alter the description of your father, on this website at least. The terminology you refer to originates from somewhere in my own family history and appears in my late mother's memoirs from the 1980s. I'm sure it wasn't intended to be derogatory in any way, but as you say, from ignorance of the facts about Denis.

Thank you for making us aware of more about him. I would very much like to hear about Germaine's later life and to see some photographs. I will get in touch with Richard Moore and inform him of the connection. Amongst other things, he will be interested to know that your father's second name was Basil.

Patrick, thank you for your prompt response. Your offer to amend the wording of the description of my father is appreciated.

My father was in the Royal Navy with "Rhodesia" shoulder flashes, serving on the H.M.S. Frobisher. After the war he returned to Africa to continue farming with my grandfather.

As far as I am aware, my grandfather Clifford Kelly knew, or knew of, Captain Brooks and had a great deal of respect for him. Hence my dad's middle name, Basil. My grandfather too was of a military background, as were several of his brothers, all commissioned officers, serving in the European Theatre during WW1. My great uncle John "Jack" Sherwood Kelly, was awarded the VC.

Brookie suffered several strokes and eventually succumbed, I think, around 1940. My mum has a medal which was awarded to Brookie in recognition of her services to the Allied forces. The medal depicts the profile of a woman's face, with her finger pressed to her lips. A citation, accompanies the medal. I think this may be of French or Belgian origin. My mum has several photographs of Brookie, Cliff and my dad. I will have copies made when I return to South Africa in December.

Many thanks. I look forward to perhaps seeing some photos later in the year.

Ninette (Jeanne) and Germaine were the daughters of Amandine Houben-Deru. I am the grand grand daughter of Amandine's father, Theodore Houben

I am the great grand-daughter of Harry Crofton Taylor. His daughter was my grandmother. It has been great to read all about Harry's brother. My sister and I would love to hear more from you. I have a good friend at Bolton Council that thinks he worked with you for a time so it is a small world!

Thank you for all the great information on this site.

Thanks Jessie. By Harry's brother, I assume you are referring to John, and Harry had a son called Jack.