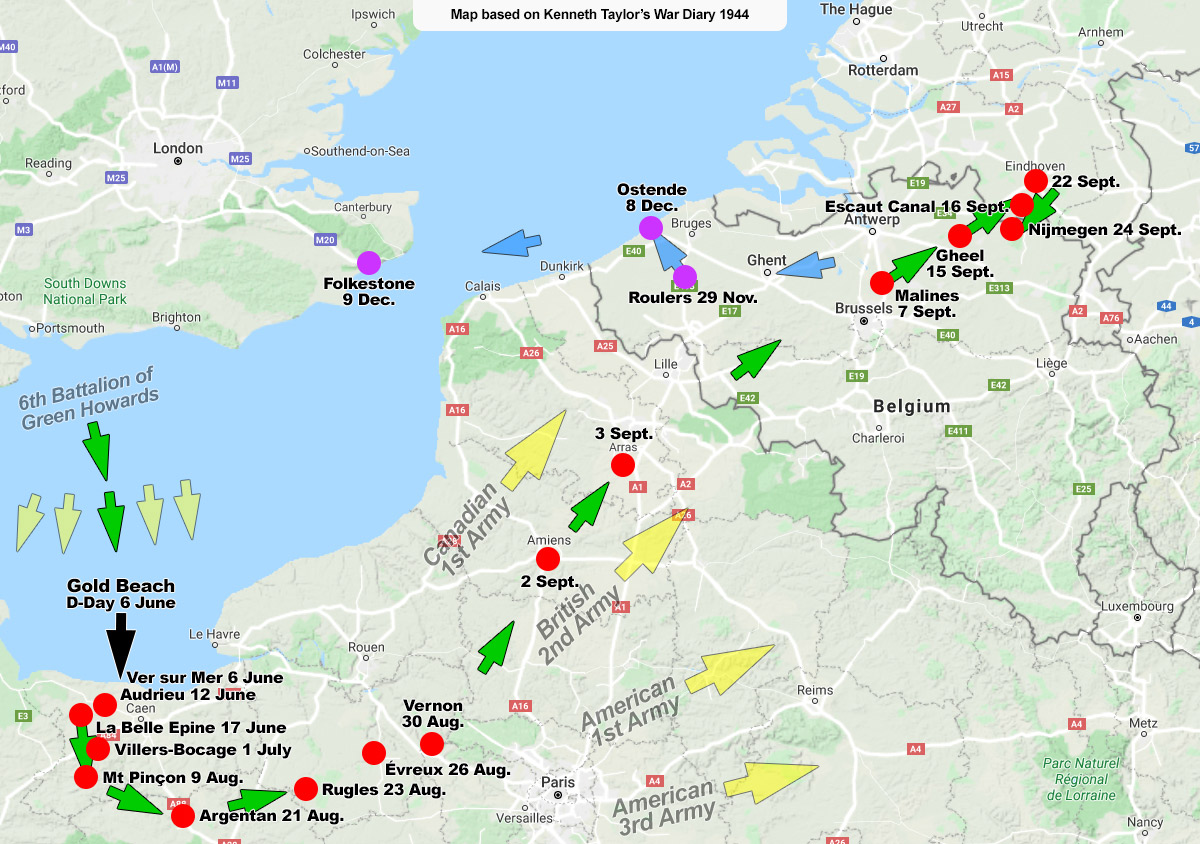 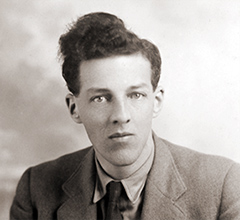 This map is based on a war diary written on location by Kenneth Taylor, 6th Battalion of Green Howards, from D-Day 6th June 1944 up to 11th December 1944 after he arrived back in Folkestone. It is not an official document. It shows his general movements as he recorded them at the time, so they are presumably also those of his Regiment, or at least his Battalion.

It shows not just their route as they fought their way across Northern France, Belgium and part of Holland but the amount of time spent in the vicinity of the beach where they landed. It took from the 6th June up to the 30th August (almost three months) for his Battalion to fight its way to Vernon. Nowadays the drive takes about two hours.

Progress then accelerated. Just over a week later the Battalion had crossed Belgium and reached the canals and bridges of Western Holland. Intense fighting then resumed in the vicinity of Nijmegen until late November. Early in December Kenneth learned that the 50th (Northumbrian) Infantry Division of which his Battalion was a part was to be broken up. He returned to England via Roulers and Ostende, landing in Folkestone on 10th December 1944.

Historical note. The Green Howards did not push the German Army back all by themselves. The Allied Expeditionary Force was a very large force indeed. There were five landing beaches on D-Day, two of which were attacked by the Americans. See list of Allied forces (Wikipedia), also the Eastern Front.