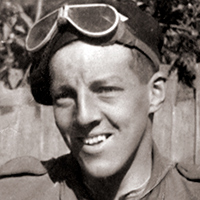 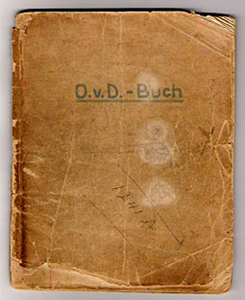 My father Kenneth Taylor was the Signals Officer in the 6th Battalion of Green Howards, which was part of the Allied Expeditionary Force that landed in Normandy in northern France on D-Day, June 6, 1944. The Battalion was in the initial early-morning assault on Gold Beach. Gold actually comprised of four beaches, running in a row from Le Hamel to La Riviere: Jig Green, Jig Red, King Green and King Red.

Kenneth kept a regular diary of his experiences as his unit advanced north-eastwards across France, through Belgium, and eventually reached Nijmegen in Holland on 24 September 1944. The diary ends on 11th December. A copy is in the Green Howards Regimental Museum in Richmond, Yorkshire.

Whilst the Green Howards was a regiment of the British Army, a regiment was not a fighting unit as such. Operationally, the regiment's 6th Battalion was deployed as part of 69 Brigade of the 50th Northumbrian Infantry Division. The following is a brief description of how the Allied Expeditionary Force was organised.

The Anglo-Canadian 21st Army Group consisted of the British Second Army commanded by General Sir Miles Dempsey and which possessed four Corps, one of which was led by Lieutenant-General Sir Brian Horrocks, and the First Canadian Army commanded by Lieutenant-General Harry Crerar and which possessed I and II Canadian Corps and a Polish Armoured Division.

A Corps normally comprised two or three Divisions plus specialist troops. Montgomery's two Army Commanders also possessed a number of independent Armoured Divisions. At full strength a Division numbered about 15,000 men, though less in an Armoured Division. A Division usually comprised three Brigades (abbreviated to Bde in the diary), and each Brigade contained three Battalions (or Armoured Regiments). A Battalion comprised three or four fighting Companies, each of which in turn contained three Platoons of 30 soldiers.

He was responsible for the Signals Platoon of the 6th Battalion of Green Howards, which was distributed according to operational requirements. Its job, in part, was to establish and maintain reliable operational telephone communications by laying fixed lines between Battalion H.Q. and the fighting front line. Communication by wireless was insecure and usually 'scrambled' by the enemy.

The notebook itself began life as a German war diary. Kenneth started his own diary on D-Day on loose scraps of paper, then after a few days he found the notebook (pictured top) in an abandoned German position, so he transferred his previous entries into it and it continued as his diary from then on. Its original German owner had made a few entries in May, 44, ending on the 27th. 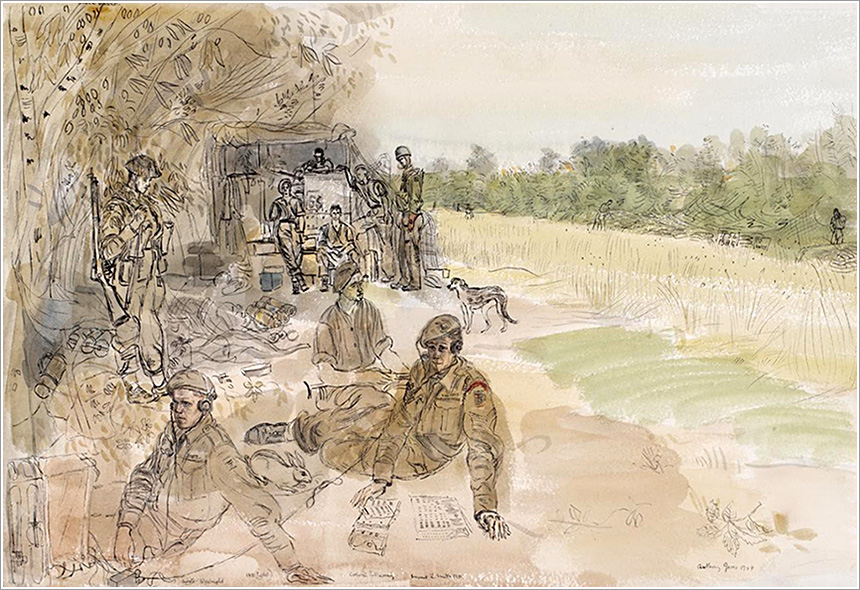 This painting is by the war artist Anthony Gross who accompanied the Royal Army Service Corps on D-Day. He jumped in the sea at Gold Beach holding his watercolours and paper over his head. In the picture are members of the 6th Battalion of Green Howards HQ Wireless Section in the Bocage, with Private W Wright, 'Eisenhower' the Rabbit, Corporal T Murray, and Sergeant L Smith. Wright and Smith are mentioned a few times in Kenneth's War Diary as he was responsible for the Signals Platoon. The painting is now in the Imperial War Museum.