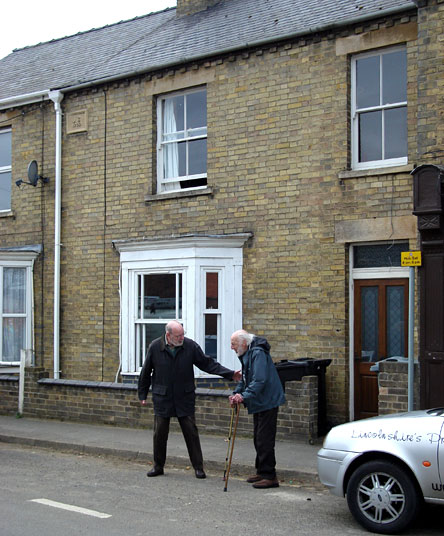 The house to which my grandmother Emma Parker (later Emmie Taylor) moved at the age of two (via an interim house in Coggles Causeway) from the house in North Road, Bourne, where she was born in 1895. In the picture are Rex Needle (left, the historian for Bourne) and Kenneth Taylor (my father, and Emmie Taylor's son) on his first ever visit to the town on April 3rd 2008.

From Bourne to Horwich

From here my grandmother aged 12 moved to Horwich in the North West of England when her father Thomas Hughes Parker, Minister of Bourne United Reformed Church, became Minister at New Chapel in Horwich. When she was 21 she married John Taylor, a local man and Joint Managing Director of W.T.Taylor & Co. Ltd, once the largest towel manufacturing company in the British Empire.