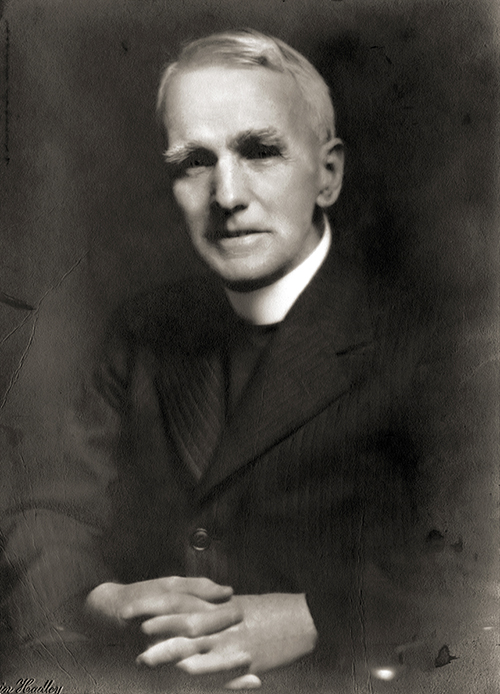 Thomas Hughes Parker (my great grandfather) was the husband of Emma Hester Parker. They were the parents of my father's mother Emmie Parker, my grandmother. As the Rev. Parker he was Minister of Bourne United Reformed Church before he moved to New Chapel in Horwich in around 1907 where he was Minister until his retirement. He died in 1946 aged 82 and is buried in Bourne town cemetery next to his second wife Ethel (née Branston) who died in 1959 aged 83. Emma Hester had died in the year 1895 after giving birth to my grandmother and is buried in the same cemetery.

The Parkers seem to have moved around – from Wales to Scotland and then to north east England – to work in various iron works. In 1841 when James was 3 they were living in accommodation on the site of the Nantyglo iron works in Monmouthshire. In 1851, the same family was living in Calderbank, Lanarkshire, which was also a centre of the iron industry in the 19th century. According to a census, James is already an iron worker at the age of 13. Then in 1861 he was living in Walker, a suburb of Newcastle, shortly before he married. He then moved Whitton Park, just outside Bishop Auckland (the site of another iron works) where Thomas Hughes Parker was born, before finally settling in Hartlepool. He worked in the iron industry his entire life.

According to an old family tree:

"Eliza and William Little had a son, John (1893 to about 1958) who married Annie Lovelace, a daughter Jane (Jenny) and another son, William."

I might try to work that out some time.