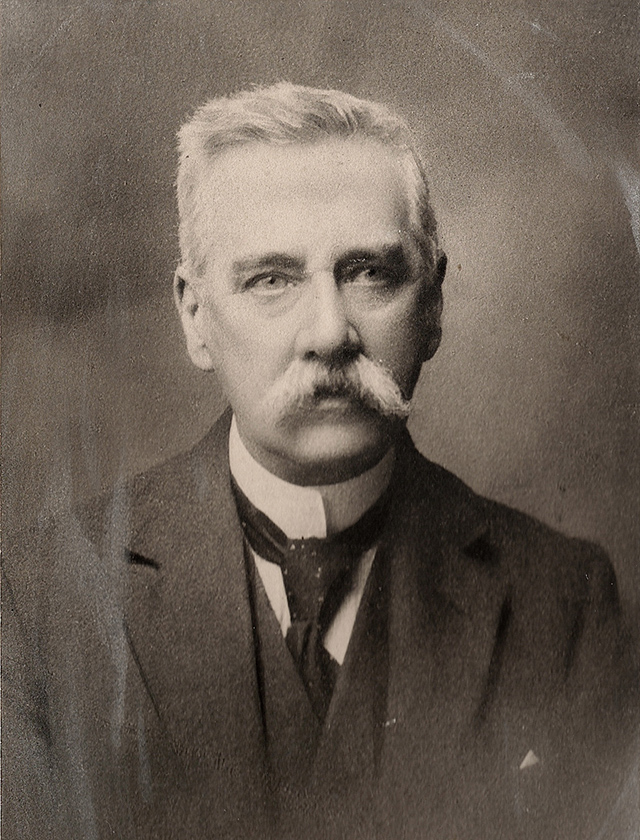 In about 1903, when he was 55, William T. Taylor started a textile mill in Horwich near Bolton in the north of England which eventually became the largest towel manufacturer in the British Empire and second in the world, with 1,200 looms. W. T. Taylor and Co. Ltd remained independent until 1970 when it was taken over by the Spirella Group, then gradually declined. The writing was probably on the wall when Marks & Spencer started importing towels from India. Orders began to fall and Victoria Mill was finally demolished to make way for housing in 2007, except for the main entrance to the office building which was left by the developer as a public monument — a nice touch I think. 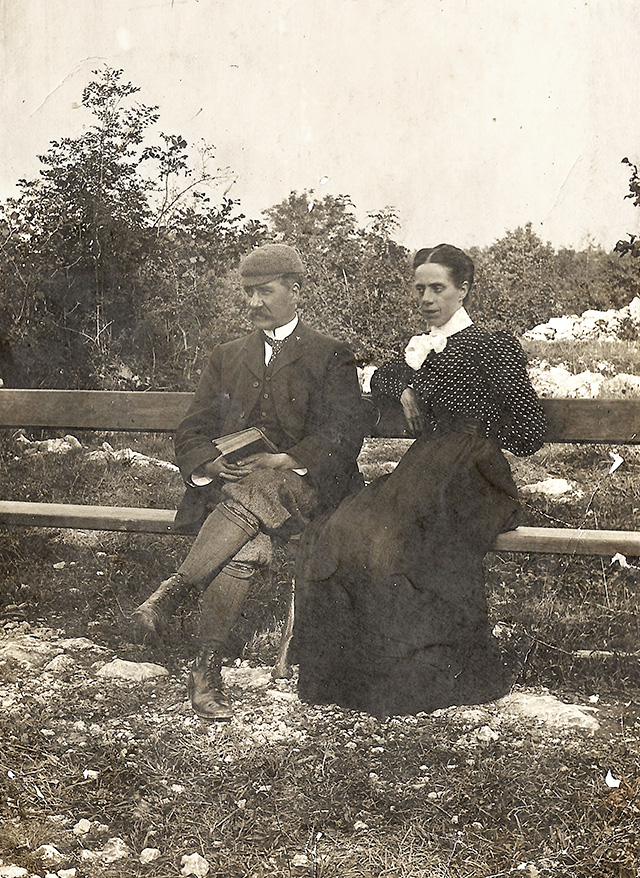 W. T. Taylor's wife was called Nancy (née Entwistle). She died in January 1915 aged 63. This photo of them both was taken before the first world war but I don't know the date. Probably in the early years of W. T. Taylor and Co. Ltd. William and Nancy Taylor had three children: John, Harry and (according to an old family tree) Florence. John Taylor was my grandfather. I know nothing about Florence except that she died as a baby. I don't remember her name ever being mentioned. John's wife Emmie wrote an article about the family business in 1974, and in 1976 an article was published in Lancashire Life titled 'Honest Bill's Mill'. See also this page which includes comments and memories from some of the people who worked at Victoria Mill, and a tribute to W. T. Taylor by Alfred Holt to the shareholders of the company in 1926.

My father Thomas Kenneth Taylor (1918-2011, John and Emmie Taylor's eldest son and a grandson of W. T. Taylor) was the managing director of the company from the 1950s through to the 1990s. W. T. Taylor's other grandson Jack was also a director, and my father's brother Michael was Sales Director. 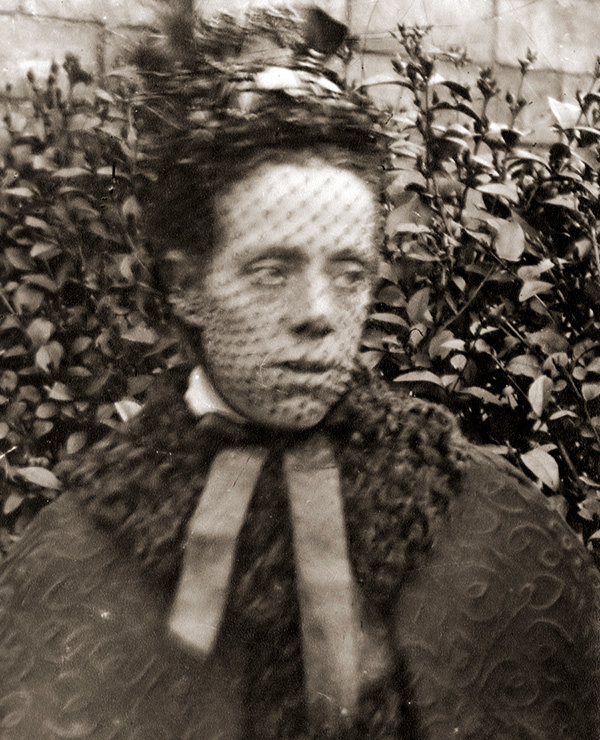 According to Emmie's memoirs Nancy was orphaned at a young age and brought up by a Thomasson family. The 1861 census records her aged 9 and living at 43 Hulme Street, Bolton, at the home of Ellen Thomasson, a widow aged 58 whose occupation is given as a cotton winder. Also living at this address were Ellen's children Elizabeth (aged 30), John (aged 21) and Hannah (aged 18). Also resident was Mary Entwistle, aged 14 and possibly Nancy's older sister. The 1871 census records the family living at Clarence Street, Bolton: Ellen (then 68) and her daughter Hannah (28) with Nancy (19) still living with them.

"She was a lovely character. She never turned a beggar away in case she missed one who was really in need. If you went to see her, she always gave you something, either some sweets or an orange or perhaps 6d. When I went to college I wrote to her and she sent a 2/6 Postal Order each to another girl and me, which was very welcome. I think John and I were engaged a few months before she died. She thought I was very young for her dear John, who was certainly the apple of her eye."