A bad portrait of the Queen (again)

Miriam Escofet painted this portrait, commissioned by the Foreign and Commonwealth Office as a "lasting tribute to Her Majesty's service" to diplomacy. But don't necessarily blame the FCO. Miriam was chosen to paint it on the recommendation of the National Portrait Gallery after she won the BP Portrait Award with a painting of her mother which 'Sir Simon' said had perfectly captured the "luminosity and dignity" of her subject. 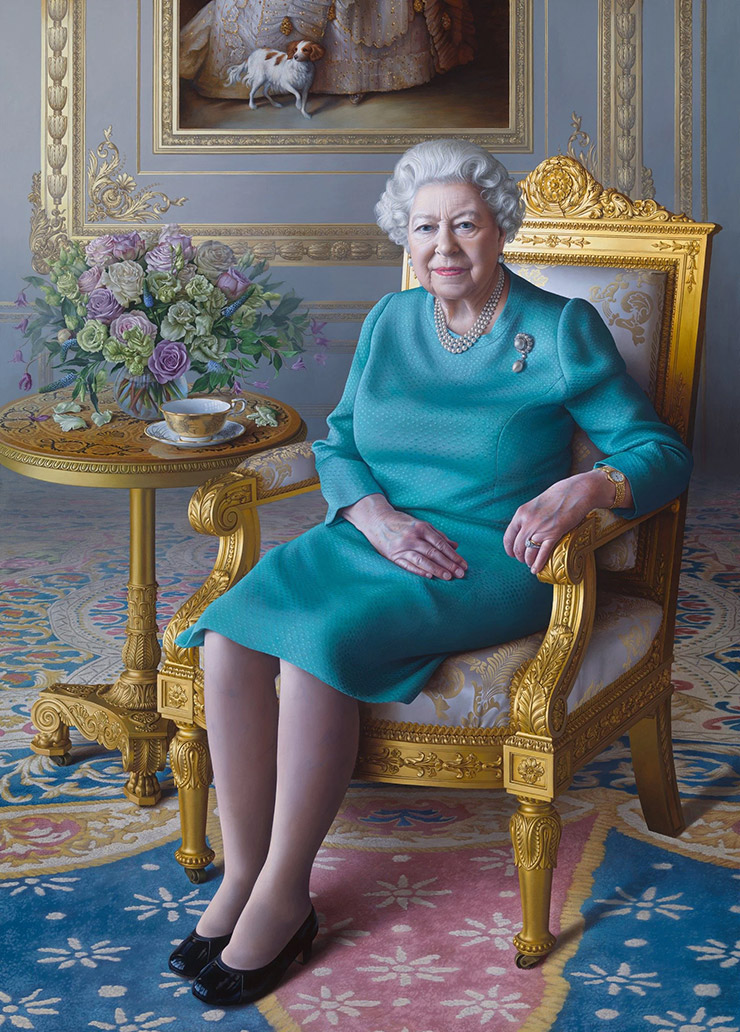 This particular Sir Simon is Sir Simon McDonald, Permanent Under-Secretary of State for Foreign and Commonwealth Affairs and the head of the Diplomatic Service. He has unfortunately demonstrated either (i) that nobody knows how to paint the Queen, or (ii) that people like him have no idea about art, or (iii) that he knows about art but is playing safe because Miriam won the BP Portrait Award so he won't get the blame for it (or any of those factors in combination).

Only one well-known artist has ever painted the British Queen properly and that is Pietro Annigoni. It isn't because he tended to paint in the Renaissance tradition but because he knew what makes a good portrait. Miriam doesn't. 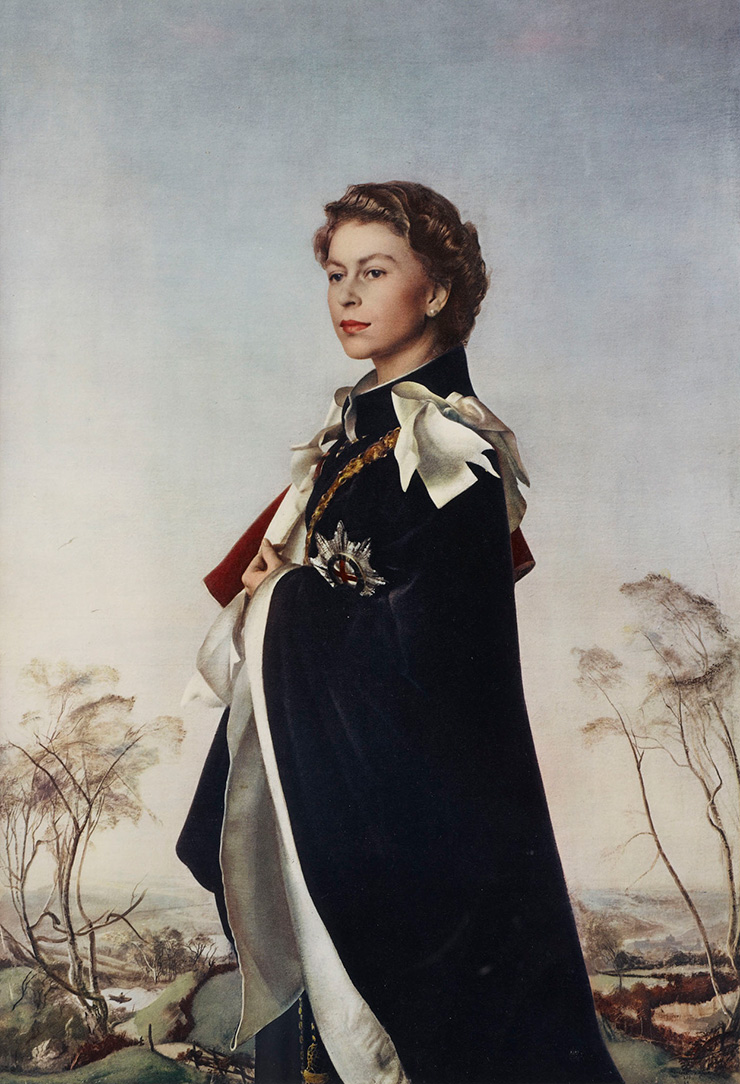 I agree with Robert Weinberg (in The Telegraph) that the Escofet picture 'is a bland and kitschy disappointment, one of the most tedious, weightless portraits of Her Majesty to appear for years'. Since 1969 in fact: 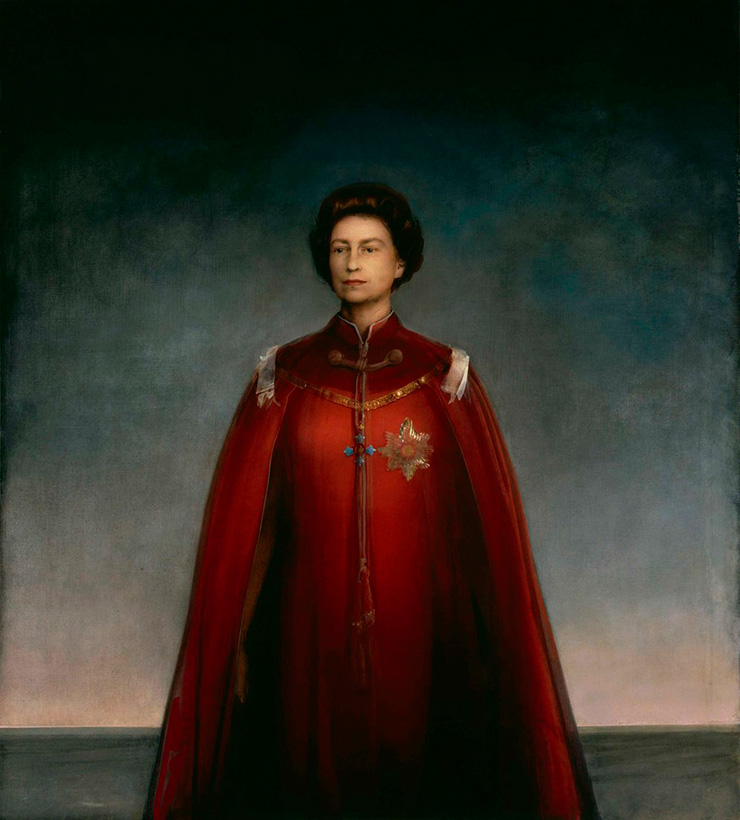 Her Majesty in Robes of the British Empire
Pietro Annigoni, 1969

Annigoni's pictures can only be of a Queen. If it wasn't for its setting, Miriam's could be anyone's mother-in-law and tells you nothing about the person. Perhaps that's the idea – that 'Her Majesty' drinks tea like anyone else so really, she's just like you and me. It isn't that it's badly painted – her technique is quite impressive – but that Miriam has no taste, no sense of tone and colour, no idea how to try to capture the essence of an individual except by pinkified technical accuracy (it is doubtful whether a portrait of a man would contain so much pink and so many flowers). Her statement that some of the details in her painting (which she says was inspired partly by Hans Holbein's Ambassadors) are supposedly achieved with the 'anamorphic distortion technique' used by Renaissance painters, it's ludicrous. It is the same kind of cheap name-dropping David Hockney likes to use to associate himself just as ludicrously with the 'Old Masters'. Which details, and what is this technique exactly?

It's almost as bad a piece of public art as The Messenger Statue sculpture in Plymouth. The one good thing is that painted portraits (and physical statues) still seem to count for something in a world of virtual everything.

How much more interesting it would have been had Elizabeth's portrait been painted by François Bard, or Dan Voinea, or Anthony Verdonck, or if they really have to be British, then Justin Mortimer – artists who express something extra about their subject. Miriam's seems as dead as a doornail.