I WAS SURPRISED TO READ that Nicholas Cullinan, director of the British National Portrait Gallery, says David Hockney is a supreme draughtsman. Then I saw that he said it along with an announcement about a new exhibition next year devoted to Hockney's drawings, which will, according to the gallery, position Hockney as one of the master draughtsmen of our times. So Cullinan is just doing his job, promoting the exhibition.

It reminded me about an exhibition of Hockney drawings I saw in 2015 at the Louisiana Museum of Modern Art in Denmark where there was a sign on the wall telling visitors that he can actually draw and that "Hockney (born 1937) is a master draughtsman of a lineage with the best in art history". The more you say it, the more people believe it. The Louisiana's blurb goes on to say "Hockney masters the classic drawing as few others have ... he is akin to the best in the history of art." All you need do is keep saying it.

A master draughtsman of our times is one thing (if the standard is generally low), a master draughtsman akin to the best in the history of art is another altogether. It's easy enough to compare his drawings with those of, for example, Leonardo da Vinci or Rembrandt or Dürer or Holbein - and if you do, you will see how ludicrous this is. But you only need to look at Hockney's. There is no need to compare them alongside anything to be unmoved by the lifeless scribbling, how there is no line quality, how things are badly shaped, how the shading is crude and unrevealing, how he is barely recognisable even in portraits of himself. 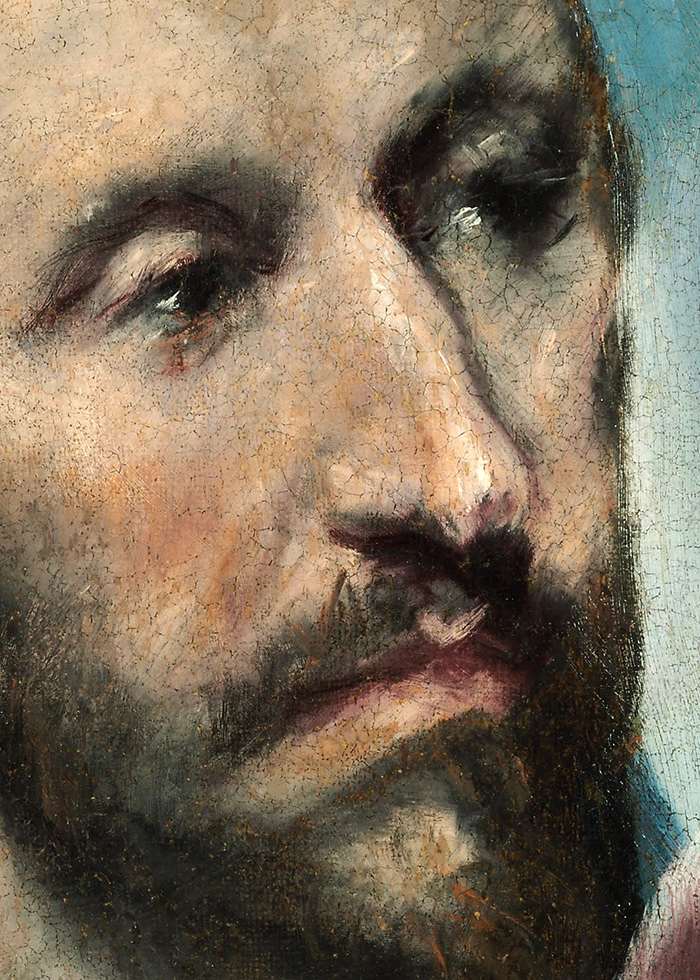 The left eye by itself: 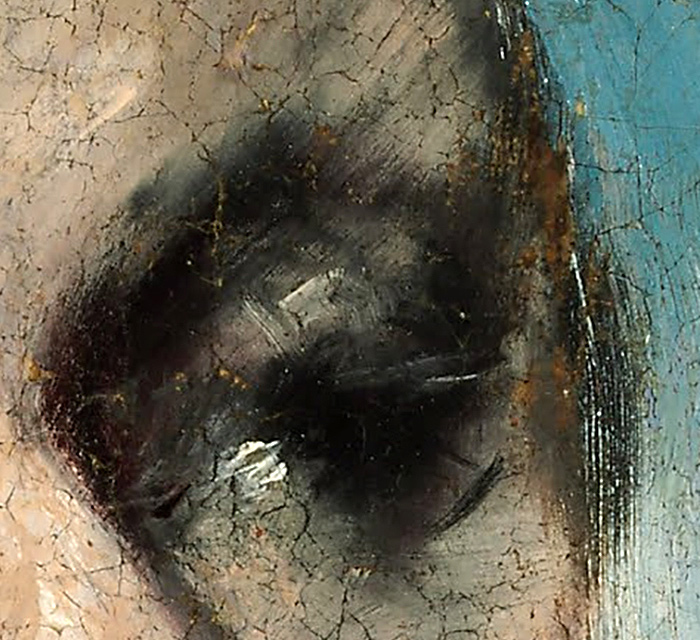 El Greco has accomplished this magic in a few skims of paint, deft, hardly thinking. It comes naturally and without labour, just the instinct of a real master draughtsman, sublime painting and drawing at one and the same time - they are inseparable. Over four long centuries later, David Hockney (who Nicholas Cullinan alleges is one of the most internationally respected and renowned artists alive today, which may even be true in a literal sense) painted this: 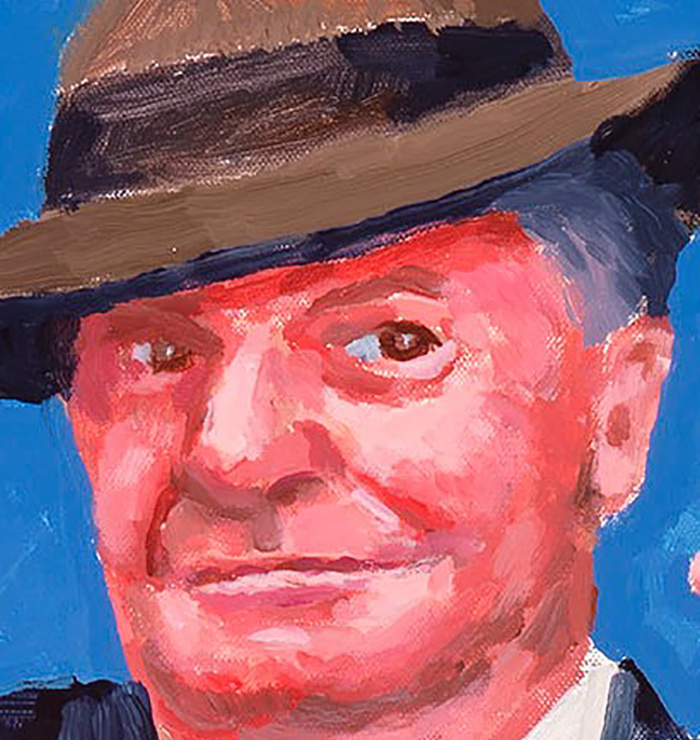 It says as much about the state of modern painting as it does about David Hockney, but even so, no master draughtsman would paint so badly. You'd be bound see at least something of this 'master draughtsmanship' express itself in paint - no artist could help it - but there's nothing there at all. The eyes, the mouth, the nose, the ears, the whole face just nothing. This repulsive dead picture hardly even looks like Barry Humphries.

To be fair, this is not amongst David's best efforts (although he has produced many like it). Like Paul McCartney, he's done better. I accept that paintings like Portrait of an Artist (Pool with Two Figures) from 1972 are culturally significant and not without beauty, and that was his time - the 1970s - as McCartney's was the 1960s. And now they should disappear. They won't as long as there's still more money and fame to be had, and in Dave's case, as long as people in senior positions keep saying things like "one of the most brilliant draftsmen of all time" (in this example Dr Chris Stephens, former head of displays at the Tate, who surely knows better).

I think it's draughtsman, not draftsman. Draughtswoman will do as well.

I agree. The thing that is so preposterous is there are a number of kids in my daughter's 8th grade class who are better. There are any number of people on Youtube who seem better.

I was watching Hockney's Secret Knowledge and he talks about the photographic quality of the work of others. He demonstrates the Lucy device, and far from getting a photographic quality he gets a terrible drawing that I think I might best freehand (with a few marks for the basic proportions). That can happen with devices as while they have strengths, you still have to trace properly and some of them are not in perspective at all times. But it was not impressive for a person who says of himself that when he came to London 60 years ago he discovered that he was the equal at drawing of anyone there, and may have been better.

(I do not mean to suggest his Secret Knowledge ideas are wrong, I think that will rest ultimately with scientists, and some of the longer term projects that are underway.)

I couldn't help but wonder if the previous commenter was in any way familiar with the West Lothian Question?

Sorry Patrick but I have to disagree. His economy of line is masterful. You gave picked out later paintings as examples to reinforce your point. But those are not about draughtsmanship, they are deliberately something else. I've been to see an exhibition of his drawings from the 1960s and 70s in Bath and the works are exquisitely well done. The confidence and skill required to create his portraits and observational interiors is not something easily or slickly developed. You just have to be naturally very good at it. And he is.

True, they are some of his later paintings and not early drawings. The drawings are better but still fairly ordinary and certainly not the work of a 'supreme draughtsman'. Supreme means the best there is. It's nonsense.

Hockney's habit of talking about the old masters all the time suggests he's convinced himself he is in the same bracket. More nonsense. I find him extremely irritating.

However, I'm pleased you enjoyed the exhibition! A lot of people do.

Thanks, well, I know what you mean about overhyped artists and overuse of superlatives. I wouldn't describe the drawings I saw as 'fairly ordinary' but of course you are entitled to your view on this. The exhibition is at the Holburne Museum in Bath until 18th September should you decide to go and see it.

Thank you for this article. I think exactly the same about Hockney.

It's not about how good you are but about who you know.