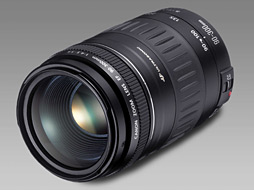 There is no such a thing as telephoto perspective compression, also referred to by camera users and photography enthusiasts as perspective distortion or flattening, despite these terms being in common usage. What they are talking about is the way telephoto lenses or binoculars appear to foreshorten the view, making distant objects appear to bunch up against nearer ones. It's an optical illusion.

As the author of this article rightly says, long lenses do not compress perspective nor do they magnify background objects relative to foreground objects. This can be proved by physics and algebra, but it can also be demonstrated very easily with a camera, as I recently did myself when out walking with an acquaintance whose view on the subject was at that time clearer than mine. 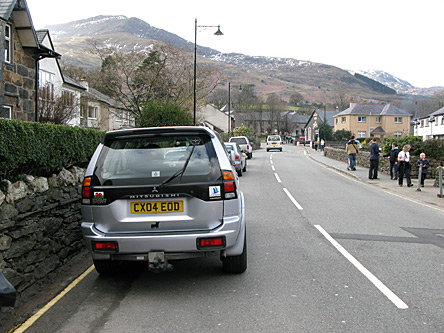 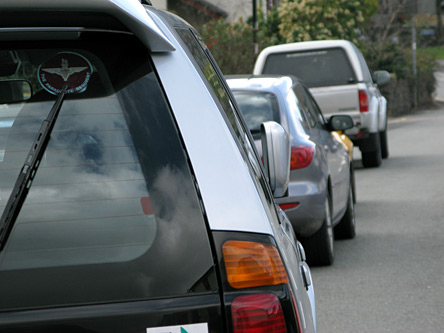 As well as magnifying the scene, the second photo appears to stack the cars closer together than in the first: the so-called foreshortening effect of using a telephoto lens. Or at least it would to many people. This can be shown to be an optical illusion simply by digitally zooming in on the wide angle photo or by cropping it to the match the view in the telephoto version.

Except for differences in depth of field, the cropped wide angle photo is virtually identical to the telephoto one. The size of the cars relative to each other is the same in both pictures, which clearly illustrates that a telephoto lens does not compress perspective or foreshorten the view or make distant objects appear to be closer to foreground objects, or result in any other way of expressing the same alleged phenomenon.

A wide angle lens may well distort perspective compared to what you see with the naked eye but that is a different subject. A telephoto lens will not, at least perceptibly. This doesn't mean they can't be used to create dramatic effects, as they often are, but it's worth knowing this is purely by magnifying a selected part of the view.

Hi Patrick, great post! I came across your blog while doing research on the similar topic for my article. I added the link back to this post so my readers can see your example too.

Hi! I'd ask you to take a look at the examples at:

Your example with the cars isn't quite the same thing because it doesn't look like you changed your position which is pretty key in distorting the perspective (to keep the size of the primary subject constant in the finder). I mean, look a compression zoom in any number of movies and you'll see the telephoto distortion in real time– they aren't moving the background, they're zooming in while rolling the camera back on a dolly to keep the actor the same size relative to the frame but the background seems to come zipping forward/growing larger.

The Wiki states "perspective distortion is caused by distance, not by the lens." It agrees with what I'm saying: there is no such thing as telephoto lens distortion. My example proves it – same position, different lens, same perspective.

As you say, rolling the camera back to change the distance to the subject will affect the perspective, but that is another subject.

I really think that this should be looked at the other way round; in that a wideangle lens allows us to experience a steeper perspective effect than that given by a longer lens.

Of course perspective is only governed by distance and not by the lens, but a longer lens does not include as much of the scene, and therefore we have fewer points of reference for judging the perspective. In other words, it's impossible to show a steep perspective with a long lens (not necessarily of telephoto construction), because we can't include a wide enough angle-of-view.

The inclusion of nearby objects at a large scale is what gives the steep perspective effect of a wideangle lens. Therefore I think it would be fair to say that the focal-length of the lens, or rather its angle-of-view, is instrumental in achieving a steep or compressed perspective effect. Even though the lens itself does not alter the perspective but simply allows us to capture it at the required scale.

What is much more interesting is the fact that your cropped view (or "digital zoom") shows a far greater depth of field than that taken with the longer lens.

'Back in the old days' I used a 55mm standard lens on my Pentax SP500. It was as close to what the human eye sees as any lens can be, and I liked it for that reason. Modern digitals with zoom lenses have disconnected the user from the concept of a standard lens. With my Canon G9 it's hard to know where the standard lens setting is, and of course when the camera is turned on the zoom defaults to wide angle. I've just got a Panasonic GF-1 with a 20mm prime pancake lens equivalent to 40mm. It's a breath of fresh air.

Not sure why your original comment didn't show up. Browser cache maybe. Thanks anyway.

Patrick, I think the point Matt is getting at is that telephoto perspective compression does exist, but it isn't defined the way you are defining it. TPC is what you see when you move your feet to make the same FoV with different lenses.

Well, I agree that moving the viewpoint forwards or backwards does change the perspective. It has to, but that is irrespective of the lens being used. My Post is aimed at people who think that if they zoom in on a subject or fit a telephoto lens they are stacking up objects closer together in a visual way and that they have thereby altered or 'compressed' the perspective. My examples above show this doesn't happen.

Patrick, referring to your last comment where you said "people who think that if they zoom in on a subject or fit a telephoto lens they are stacking up objects closer together".

You example indeed shows the same. You are comparing second and third picture. But take you first picture, taken with a wide angle lens. Try to gauge the distance between the two cars and you can see there is some distance. Now take the telephoto one and seems like object are little closer. Now you are trying to prove by cropping that the same thing is there with wide angle lens too (Of course the relative size of object wont change). However try now to gauge the distance between cars in your third photo as compared to the first one. Both are taken with the same lens, still there is a difference.

So when some one says, zooming in results in stacking up objects closer, its not about the lens but its about zooming in it self. In the second photo you zoomed optically and in third you did digitally. You are actually comparing same photos (at least in terms of perspective), irrespective of the lens. However since they are different lenses you see difference is depth of field because of different f-spot. A true comparison (as Matt and other mentioned) would be to go close to the object with a wide angle lens and try to compose the same frame as of the telephoto lens, other wise you are doing the same thing "zooming-in" in both the cases, otherwise you are comparing same photos and saying they are same :)

A telephoto lens allows the the camera to be far from the subject but still have it fill the frame. This large primary distance results in a low relative distance ratio (eg 19:20) so perspective is compressed.

The surprising reality is that we actually see the perspective distorting with our own eyes but our brain, being aware of how close the prime object is, unconsciously compensates. Probably a good thing when we are about to kiss a lover with our eyes open – the perspective effect means that their nose is hugely oversize campared to their other features. The reason that photography shows up the distortion is that the audience is not aware of how close the camera was and therefore interprets on the premise of a "normal" viewing distance of a few metres.

Isn't the end result the most important part of photography – who really cares about the mathematics and mechanics – leave that stuff up to the engineers who design the lenses. Most everybody knows how wide-angle lenses push foreground and background elements away from each other and telephotos bring the background up closer to the foreground elements. This is pretty much all you really need to know for the most part. Lens perspectives help tell a story. The end.

It is about the end result, and when you know what the camera is doing you expand your scope. The third and fourth photos above, one telephoto and the other wide-angle, have exactly the same perspective with the foreground and background elements in an identical relationship.

Posted by Do I Need a Macro Lens?

[...] good to have seen them again. Here's an interesting explanation with some examples of the effect: Telephoto Perspective Compression. For most in here, I would compare the smaller APS-C formate vs the Full frame sensor differences [...]

First that the focal length of the lens does not affect actual compression. Thanks for that Patrick.

Second, that a long focal length does contribute significantly to perceived compression because of the reduced depth of field. I really like the way the focus drops off very quickly in a long lens.