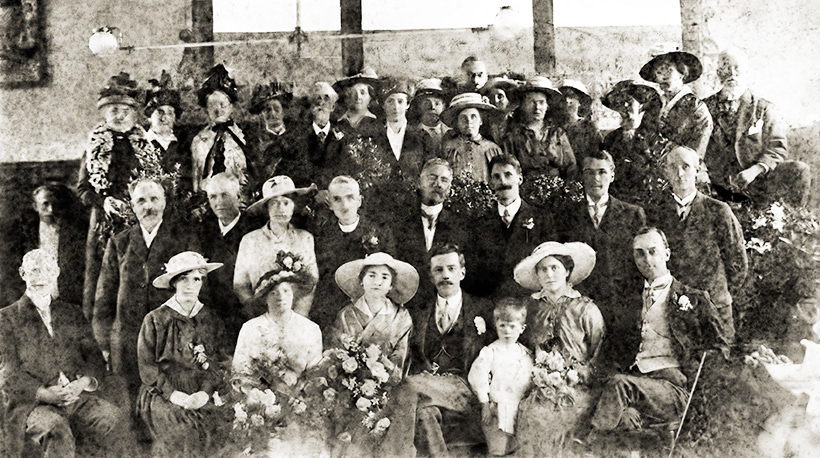 New Chapel in Horwich, Lancashire. John and Emmie, my grandparents, are in the centre of the front row. Behind John is his father W. T. Taylor and behind Emmie is her father the Reverend Thomas Hughes Parker, the Minister at New Chapel. On Rev. Parker's right is his second wife Ethel. The boy to John's left is Jack with his mother Sally and father Harry (John's brother) behind her. The man on Sally's left is unknown - perhaps the Best Man. The old man at the left on the front row is probably 'Uncle John' who died in 1936 aged 100. He was W. T. Taylor's brother. One of the two ladies sitting to Emmie's right may be 'Auntie Maggie' (Rev. Parker's sister) who brought Emmie up until the age of twelve. Emmie's mother died in childbirth. Maggie was 'sent away' when Rev. Parker remarried but she and Emmie remained devoted to each other.