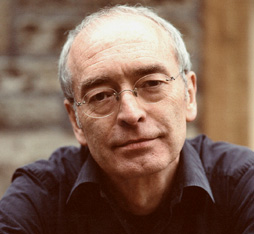 On December 22nd, 2007, my friend Clive Leyland died of pneumonia. Clive had been suffering from pulmonary fibrosis, a degenerative lung disease that doesn't yet have an effective treatment and is often fatal, but in spite of his illness he continued to give full vent to his lifelong passion for creating and performing music.

Clive Leyland was a born musician and although (in his words) he "spent 40 years in a suit and tie" and took up a successful career as a management consultant, "music was always there."

I first met Clive in the very early 1960's when we formed a schoolboy pop group with fellow would-be Shadows Pete Turbefield and Tony 'Mo' Worsley. What fun we had as The Citizens, then The Moonstones, performing Chuck Berry, The Shadows, and early Beatles to crowds of screaming schoolgirls in the heady days of Beatlemania. But without Clive's confident musicianship as lead guitar and his innate skill with amplifiers, jackplugs, and the like, it would never have happened.

For a few years during the 1980's an un-named band was formed as Clive (lead guitar) and I (rhythm guitar) got together for musical fun again with ex-Moonstones Alan Roscoe (guitar) and Tony Worsley (drums), and Mike Hancock (bass guitar), all of us sharing the vocals. We particularly enjoyed doing Eagles, Crosby Stills & Nash, The Everlys, Neil Young, and a few other things thrown in.

The band practised regularly at Clive's home and performed live a couple of times in a village hall in Dean, Cumbria, where I believe we were well-received, even if the voices weren't quite what they had been. Again, it was Clive's superb musicianship and professionalism that carried the day. By this time, he'd set up a fully-fledged recording studio in a room in his house, so we (he) made recordings of some of the songs, doing an especially nice job with 'Helplessly Hoping'.

In later years I came to fully appreciate Clive as a highly intelligent and complex character - a perfectionist driven by a quest for creativity and originality in his natural field, which I would loosely characterise as 'expressive folk'. In 13 original songs on his solo CD 'A Northern Man' he expresses feelings with deep emotion in the context of real events that happened in real places to real people, reflecting on life in and around the Lancashire town of Bolton over the last 200 years.

Since the 1990's Clive's interest in folk music flourished with Auld Triangle (the house band at Westhoughton Folk Club in Lancashire and BBC Radio2 'Folk Club of the Year' in 2000) and with Bandersnatch, an acoustic band he formed with four folk club contacts and Alan Roscoe in 1999. Clive also performed solo at various venues around the North of England. His amazing motivation to create music and perform to live audiences sailed on undiminished, even through the illness that often made it difficult to breathe, let alone sing.

In his self-confessed "40 years in a suit and tie", Clive (aka J Clive Leyland, FCA) qualified as a Chartered Accountant and went on to become a successful management consultant. He spent several years with the accounting firm Arthur Andersen, then provided consultancy services in person at Microguide Corporate Computer Consultants Ltd and Clive Leyland Consulting Ltd. His professional expertise included management, taxation, computer hardware and software, systems design and implementation, and data processing (though Clive hated computers). Amongst his clients was the Royal Albert Hall in London.

I'm privileged to have known Clive Leyland for over 45 years. He leaves his wife Sheila, daughters Sue and Sarah, grandson James, and a wide circle of friends.

Patrick's obituary reflects perfectly the Clive that I knew and greatly admired.

In September I discovered (retrieved from a skip) a tape that recorded one of our practice sessions. Although very basic, I was struck once again of Clive's superb musicianship which carried the band and emailed him to point this out. His response was typically modest.

At least I have a legacy, along with some great memories, of a wonderful man.

My condolences to Sheila and the girls.

As one of the founder members of the groups in the sixties, I remember those days with great nostalgia – the only time in my life when I have been subjected to any form of adulation, however localised!

I remember very well that the Hollies would bring out a new single on a Friday, Clive would learn the chords and solo by the Saturday and write down the words, and we would have it learned by the end of Saturday in our practice hall near Horwich.

One of Clive's other memorable skills was his ability to make his mother's Triumph Herald achieve speeds and cornering that his mother never would have imagined possible!

He will be a great loss to the music scene of the North.

Sybil and I also send our most sincere condolences and best wishes to Clive's family.

I can only reiterate the comments made by my old school mates Patrick and Tony. Clive was a great musician and music was his life. He retained his relish for all things musical and although prior to him moving across the pennines I would only bump into him occasionally in Tesco, the meetings were always interesting and left me (albeit temporarily) wanting to take him up on his offer to get together again with the lads!

I too remember Tony's comments about his mother's Triumph Herald and before that some notable exploits with his mother's Wolseley 1500! It's a funny thing but Bolton School always seems like an extended family and although we all left school forty odd years ago it still remains a common bond to us all.

It is with regret that I am unable to attend the funeral but I send my sincere condolences to Sheila and family and take this opportunity to say Hi to Tony, Patrick, Alan and Mike. Maybe we'll all meet up again one of these days and raise a glass to Clive who was the inspiration to us all.

Thank you very much for your condolences and memories of Clive. Sue, Sarah and I have found it very comforting to know how Clive is remembered.

Really saddened to hear of Clive's death. He worked at Astley Bridge Theatre Church in Bolton in the early 80s on a couple of musical shows, when I was a teenager. He wrote songs which I will always remember with affection, and was associated with projects that mark some of the happiest times in my life. Thanks Clive and RIP.

Having been in retreat for a break I have only just learned of Clive's sad demise. I did not know him too well, but we crossed paths at festivals and venues. He was an astute and well crafted musician and I often heard him in the more intimate surroundings of the Howcroft in Bolton performing with a passion – which is a cherished gift for those who sing for the pleasure music brings. I am truly sorry that his life was cut short but I am sure his music will live on and continue to bring joy and pleasure to those who follow the pursuit of the folk / song writing tradition.

My sincere condolences to his family.