Yesterday my son Nick and I cycled the Rivington 100. The ride is a tough one and includes climbs from the 2002 Commonwealth Games road race and the Tour of Britain. The Rivington 100 was officially an annual event held each June to raise funds for Bolton Lads & Girls Club but we rode it this August because we fancied the challenge of cycling 100 miles and this one starts and finishes in Horwich near where we live. It should really be called the Horwich 100. 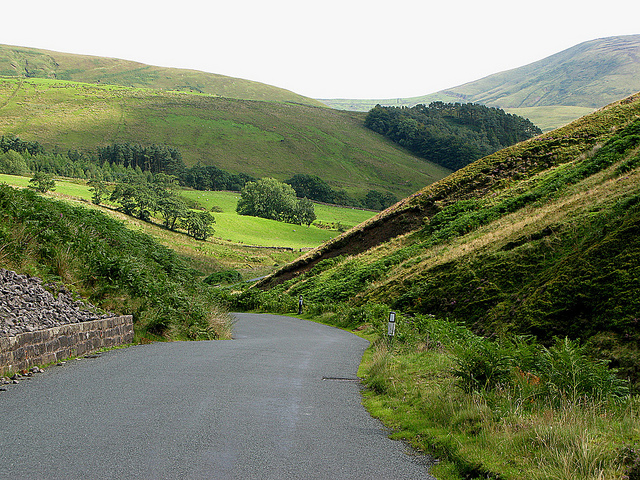 Cycling down the Trough of Bowland towards Dunsop Bridge

Cycling 100 miles was a New Year resolution for 2010. My 2009 resolution was to build some bicycle wheels so it was nice that those wheels were the ones I used for the ride. I haven't had to adjust them since they were made so I must have done a good job. I think our ride was a good job too. We completed this very hilly course just as the street lights were coming on, at about 9 pm.

Link to ride details on GarminConnect

Neither of us had cycled 100 miles before, so when we set out in the morning drizzle just after ten we decided to take it easy, which is what people advise for cycling longer distances. We're both familiar with the early part of the route, but at the village of Hoghton near Blackburn we were off into the unknown. It took over four hours to reach the village of Chipping, where I looked at the odometer for the first time: 33 miles and only one third of the way, with less than six hours of daylight remaining. We'd been riding too slowly (or started too late). 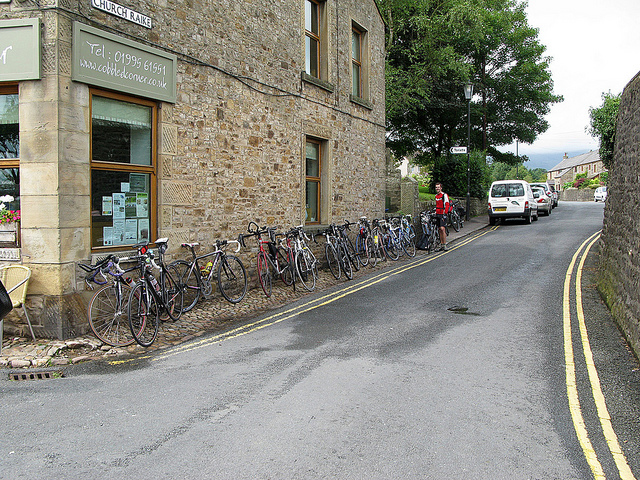 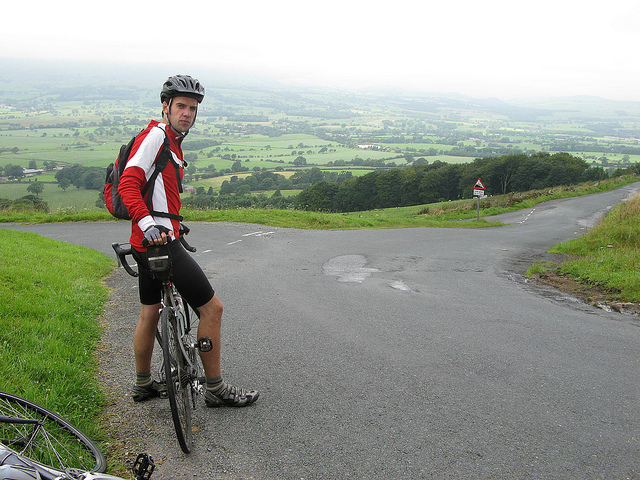 After waiting 20 minutes for some cake at the Cobbled Corner cafe we decided to make haste as the proper climbing in the Forest of Bowland was still to come. By now the sun was out and we were soon sweating along in the warm sunshine. We stopped to push a car in the hills near Lancaster and we both noticed how much our feet were hurting when walking on the road. As we turned east into a valley - Wyresdale I think - I was starting to wonder if we'd make it. I stopped to remove the gel insoles I'd put in my shoes at the start but my feet were still hurting and so were Nick's. We talked about stopping to bathe them in a stream but pressed on anyway. Short of time. 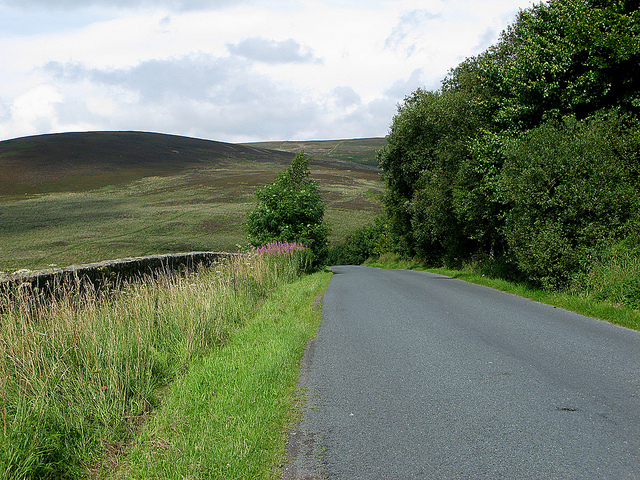 Over a pass to Dunsop Bridge, then Newton, Slaidburn, and over another pass to Clitheroe, approaching seventy miles. The climb over Pendle Hill to Sabden, known as the Nick O'Pendle, was a bit of a killer. I was surprised how much climbing there was generally. Each time we flew down a hill we knew we'd be going up again round the corner. But by now we were certain we'd complete the ride even if it went dark before the finish. We rode as fast as we could. We weren't tired. A little weary perhaps, but still feeling fit. It was the pain in our feet that made us want to get the ride over with, and the final 20 miles seemed to go on forever.

Nick remarked that on a long ride such as this, you eventually get into a 'zone' where you stop feeling hills the way you do on a short ride. You come to another one and up you go - nothing else for it. Over and down, over and down, and so it goes on. I think that's true. Your mind is able to put things into context and your body responds accordingly. 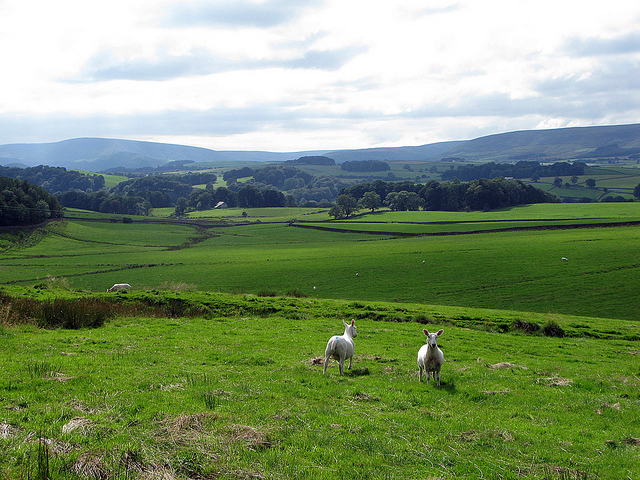 Rolling hills near Slaidburn, looking back where we came from

At last we arrived back in Chorley, well after 8.30, and because of our feet we took it easy on the run-in to Horwich. They were hurting so much we stopped for a few minutes at Lever Park Avenue (the official finish of the Rivington 100), then plodded the last mile home at a very slow pace. When we got back to our house, we hugged each other. I'd have done the ride by myself but I'm so pleased he came along. It was a great day out.

We didn't eat much along the way, which I think breaks all the rules for distance events. I took some biscuits and crisps and Nick had a couple of chocolate bars and crisps. We each had one yucky energy gel thing, and ate cake at Chipping. Then a Snickers in Clitheroe, but we were never really hungry. We were careful to drink plenty though. It was when I ran a marathon that I learned the importance of taking liquids - little and often. 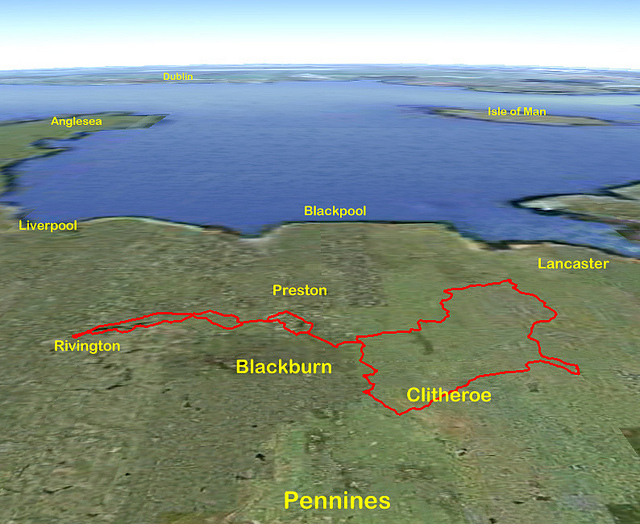 The four longest climbs on the route (approximate):