I have been been more or less told to stop complaining about Christmas and everybody putting their Christmas trees and decorations up in the middle of November. We know you don't like Christmas so shut up about it and stop being so miserable. The point is, I don't dislike it in principle. I just don't like it starting in November, or even earlier in shops – August sometimes. August is summer.

In mid-November this year one of my neighbours was setting up a ladder at the front of his house. I could already see little Christmas trees inside each window so I asked him if he was putting up the lights he has plastered over it each year. It's mid-November I said. He said not quite doing it yet, just getting things ready. I mentioned some other houses I'd seen which had already been lit up since the start of November and I thought it was stupid. His reaction was: if it makes people happy, why not? The next day, his house was all lit up.

I realise this year might be different than normal. People have been in lockdown and everybody needs cheering up a bit. But they would do it anyway. I also realise why shops wants Christmas to begin in August. It's because people are thinking about gearing up for it even before the leaves have begun to turn brown. 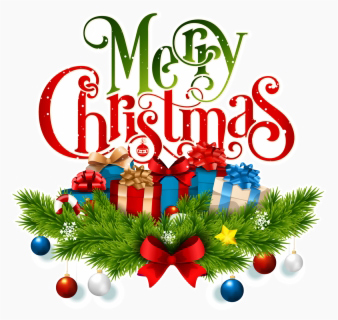 Up to about the age of ten I loved Christmas as much as anyone. In mid-December I would be asking my mother about the tree going up, and she'd say: next week. It's not Christmas yet. Bonfire Night was November the 5th. If it happened to be a Tuesday then Bonfire Night was Tuesday, not Saturday. It hardly matters now. It can be any time between mid-October and mid-November. My neighbour would say: if it makes people happy, why not?

The question is whether it really does make people happy for Christmas and Bonfire Night to be times of year rather than a particular date. It's like credit. Have it now. Why bother waiting? Have it whenever you want it. Of course there might be a practical reason why something is needed immediately, but waiting can have the effect of intensifying the pleasure of receiving. Christmas was a more meaningful and intense experience when it was compressed into only a few days. Just better. But then I am unapologetically old-fashioned.

Whatever anybody thinks about Christmas, it seemed extremely stupid of the government to allow a five-day easing of Covid restrictions. Extra social mixing will inevitably lead to more infections (and deaths) come the New Year. It does not seem worth it when a vaccine is just around the corner.

Regarding the Three Wise Men

Their original idea of bearing gifts – gold, frankincense and myrrh – has obviously translated into the tradition of giving presents at Christmas. It might be one of the really good things about Christmas, along with getting together with family and friends, because tests have shown how there could be a neurological link between gratitude and generosity. Giving to charity becomes more valuable than receiving yourself. After the brain has calculated the exchange rate, you get paid in the neural currency of reward through the delivery of neurotransmitters that signal pleasure. It basically means the more gratitude you cultivate in yourself, the more generous you become, so it's worth thinking of Christmas as a way to develop a less selfish society generally.