An SUV is a type of car that is nominally a Sports Utility Vehicle, or was originally, but now it's a car that looks weird, or looks like a balloon, or a military vehicle, or all of those together. They are horrible things, but SUVs now (2021) account for roughly half of all new vehicle registrations across Europe, more than twice the number of 'normal' sedan cars.

Passenger car design might be expected to improve over the years but the SUV (or 'crossover') has taken things backwards during a time when sedans are smarter than ever. I mean the design 'package' and not the underlying technology - the overall concept of what a private passenger car is supposed to be. There are some beautiful traditional sedans, estate cars and hatchbacks but for some reason the majority of buyers now seem to prefer misshapen objects like the Nissan Juke and the Renault Kadjar (and a lot more - the chances are that you drive one). It is a fundamental principle of automotive design that the higher the centre of gravity, the more likely the vehicle is to tip over when going round a bend. Ideally the car should 'hug the road' by being as low as possible without sacrificing too much practicality. A longer shape for a given volume will also cut through the air more easily, making it more efficient to drive forward. The only justification for a higher car is to get in and out more easily without needing to crouch and I admit that is an advantage of an SUV. But there is not much else unless you like to look down your nose at people or perhaps enjoy a slightly higher view.

There is perhaps one more advantage if your SUV is an Audi Q8 or any other of the over-inflated models that are far bigger and bulky than is conceivably needed, which is that you are probably safer in a collision with most other cars on the road (including all other SUVs). It is worth thinking about that for a minute. You are not safer driving fast on an empty winding road. You are less safe there. You are safer in a collision with someone else even if it was your fault. Not just that. Because the size of the road is fixed and your car is bigger, you are more likely to cause a collision purely by its size, regardless which of you was the most careless. Put simply, if your car is as big as the road, you are likely to collide with everything but less likely to be hurt. Is that fair?

Probably the most repulsive example is the Landrover Defender, which Landrover describes as "the ultimate expression of power, capability and design." The name itself is repulsive and tells you all you need to know about the mindset of people who make and drive a 'car' that presents itself as essentially a military vehicle. It is the same mindset as having a "fuck you" bull bar on the front of your vehicle - a contraption that increases the level of safety for the occupants of a vehicle involved in a collision while increasing the likelihood of injury for the occupants of the other vehicle (never mind pedestrians). 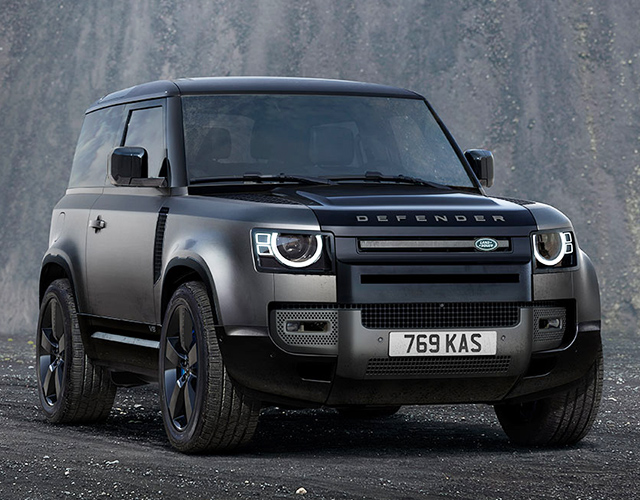 It is better that the unfairnesses in life (whatever they may be) are not translated into behaviour on public roads. It should be obvious to any thinking person that cooperating to keep them equally safe for all users is the best social strategy. After all, the person you crash into might be your relative.

To return to crap design Nissan Juke / Renault Kadjar types of ordinary every day monstrosity that are not particularly harmful to other road users so are at least socially acceptable – it makes you look stupid. You look stupid sat in it because it's a stupid looking vehicle. If you own one you will probably be offended by this statement because you didn't realise just how ridiculous your cars looks.

It does. The vehicle has basically been jacked up a few inches and styled to look racy. It does not look racy because it's too high. To make up for the mismatch between the body and the wheels the designers have contrived an extra plastic trim around the wheel arch to make the wheels look even bigger and reduce the amount of pointless body panel above it. One mistake then leads to another, especially at the back. The back is where the designers have struggled the most and it shows. Toyota says "in a world of ordinary, stand out with the Toyota C-HR's angular dynamic design." Angular it is – there are too many to count. Where the Nissan Juke is a bar of soap the C-HR is crumpled paper. Just the sill has perhaps thirty angles, so the whole car must have hundreds. The manufacturer has at least admitted the aim is to draw attention. The problem is (like having a vehicle that is bigger and stronger) that it becomes like an arms race with designers competing to 'stand out' and 'defend' to the point where it's all self-defeating. Nothing stands out and nothing is stronger and everything is completely over the top.

I am looking forward to the day when common sense is restored and the past ten or so years are seen as an aberration. This page is not intended to suggest that anyone who drives an SUV is stupid. The concept is stupid. If you have trouble getting in and out the extra height might be useful.