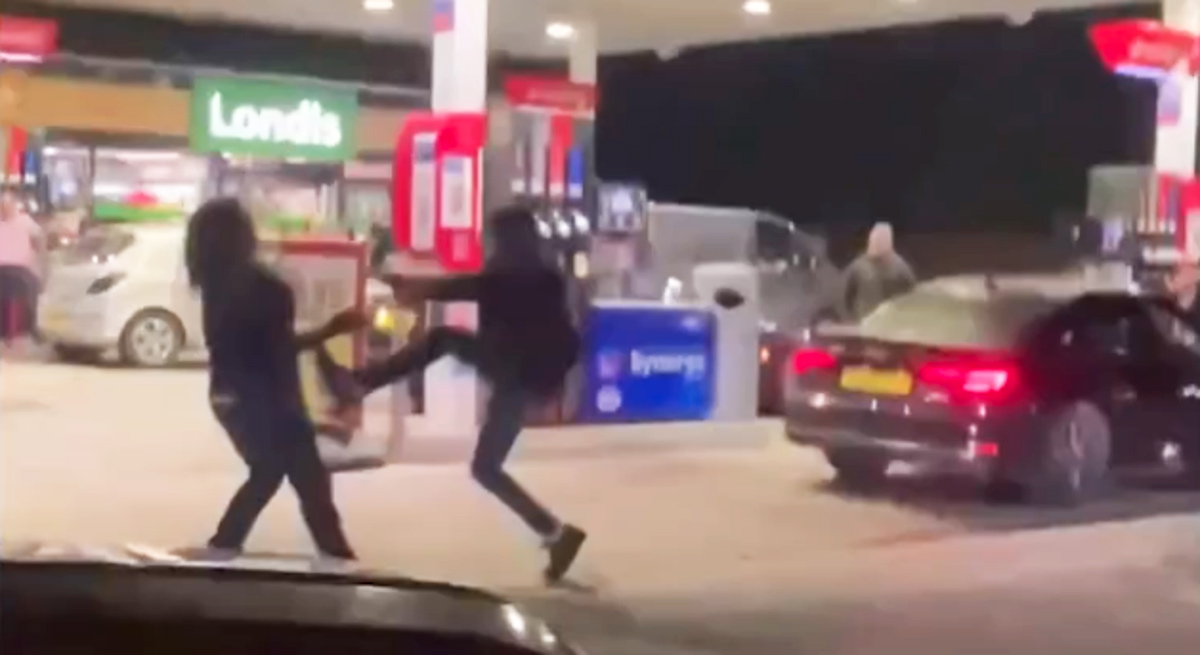 Customers at a UK filling station
discussing who gets served first.

The phrase 'panic buying' was invented by people who panic when they realise they failed to react quickly enough when the government said there's absolutely no need to 'panic buy' something – most often fuel. Everyone else immediately made a calm, rational, but urgent decision to fill their cars up with fuel before there is none left.

By then, it's too late for slowcoaches. They lost out and then panic sets in. The thing then is to feel good about the fact that if no-one panicked by immediately filling up their cars there would be plenty for everyone. The responsible thing (according to the argument) is not to fill up the car but watch everyone else fill theirs up.

I agree that the responsible course of action as a good citizen is not to make things worse by, for instance, buying hundreds of rolls of toilet paper you can't possibly need. It is fair to describe clearing the shelves of toilet paper as a panic reaction to something there is probably no need for. After all, there is not even a need for any toilet paper at all. It is just a modern convenience, trivial, hardly worth bothering about.

Car fuel however is a life-blood of living. It is much more important than toilet paper or fresh oranges. It makes perfect sense to make absolutely sure you have some even if it means your neighbour doesn't. Will your neighbours give you their fuel? More likely they will say they have none even if they do.

Of course, if a whole neighbourhood gets together and everybody buys as much fuel as they can but decide to share it on the basis of need (decided by a democratically elected Neighbourhood Fuel Committee) that is being a good neighbour, perhaps actually a responsible citizen if it encourages other neighbourhoods to do the same. Then eventually you have something called society and you have come full circle.

In the meantime do not panic. Keep your car filled up with fuel and ask whether your government is even competent.