Teeth aren't something recent. Humans have had teeth right since the beginning. Dentistry isn't exactly new either. Teeth were being drilled to remove decay as long ago as 7000 BC. They are not only very important for survival but severe toothache is one of the worst pains there is. So you might imagine modern societies would be on top of it with systems to ensure that (i) there are enough dentists to go round and (ii) dental treatment is always available to anyone who needs it regardless of their financial circumstances. Regardless even if they have not taken care of their teeth or not bothered to arrange treatment when they first knew something was wrong – that's because unless bad teeth miraculously drop out by themselves, treatment is always required in the end and the longer it's left, the more work and cost is usually involved: crowns, root canal therapy, bridges and all the rest of it.

In modern Britain, however, it might be hard luck. Tens of thousands of people at any one time need urgent dental treatment (many in great pain) but have no access to a dentist – even an emergency dentist and even though the National Health Service has a duty to ensure that basic treatment is available to anyone who needs it. 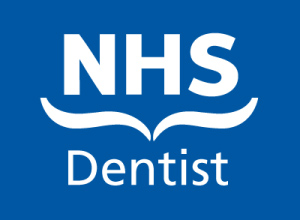 "The NHS will provide any clinically necessary treatment needed to keep your mouth, teeth and gums healthy and free of pain" is simply not true.

Government reports say there is no shortage of dentists in the UK while more than 2 million adults in England are reported to be unable to see an NHS dentist. If you are not registered with a dentist the NHS says it provides emergency treatment on 111 or another emergency number. If you try it, however, you might be 58 in the queue and be waiting three hours on the phone before being cut off. That's because there aren't enough NHS dentists. The NHS is failing in its duty or the government is by not funding and organising it properly.

There are plenty of non-NHS dentists. These are dentists who might do a bit of NHS dentistry but most of what they do is private dentistry. It basically means the NHS isn't paying for it from your taxes, so you pay extra and the dentist makes more money. It's not their fault. Everybody wants to make money. It's the government's fault for not making sure enough of what dentists do is for the NHS.

That's not all. Increasingly, dental practices are calling themselves 'smile clinics' and whatnot. This is to satisfy the lucrative demand for what is essentially cosmetic treatment rather than what is clinically necessary. Again, it's not the dentist's fault but the government's failure by letting dentists prioritise public vanity over public health. Every hour spent on tooth-whitening is one hour less spent treating somebody with massive toothache who simply can't get anything done about it without paying a lot more money than they would on the NHS. Money some people just haven't got. And that's assuming you can get through to someone on the emergency NHS number, which is by no means guaranteed.

Try getting registered as an NHS patient with a local dental practice. Unless you are extremely lucky it's almost impossible. This is a disgrace in my opinion. Things went downhill under the last Labour government but the Tories have now been in power for ten years and done very little about it except talk. It is not good enough. In a wealthy modern nation everyone must (i) have access to NHS dentistry and (ii) be able to obtain emergency dental treatment at short notice.